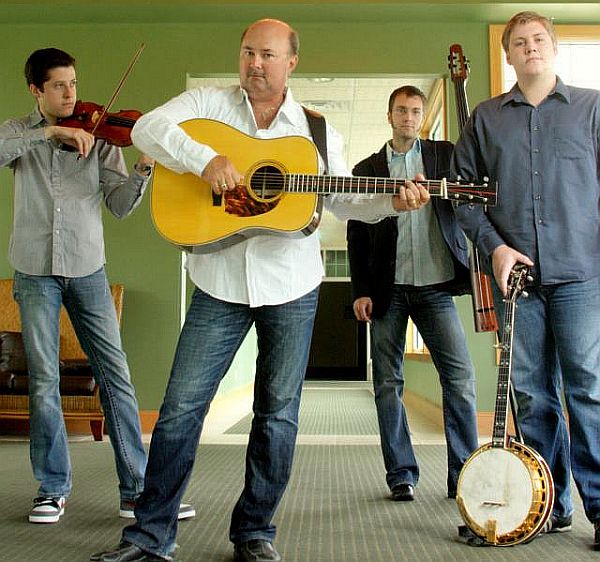 Audie Blaylock and Redline have an unofficial motto of sorts: It’s all the same thing.  Classic cars, forward rolls, love, art, loss, faith…life.  This cohesive connectedness and a willingness to see the world through the lens of tradition without boundaries makes Redline, now in its second decade of existence, a unique fixture in the world of bluegrass, where at times the music can indeed sound like “the same thing.”  But for Redline, “the same thing” means it all comes from the same place, which enables them to create music that honors tradition through innovation.  And they are not the only ones to have noticed.  Audie has garnered such prestigious awards as the IBMA’s Instrumental Group of the Year and Entertainer of the Year, he’s been nominated for both Guitar Player of the Year and Male Vocalist of the Year, he’s had numerous #1 and charting singles on the charts, his music has been featured as the theme song for Travel Channel’s series entitled Backroads Gold, he has even been nominated for a Grammy.  That’s just to say that though Audie and Redline are singular in their approach, they are not just more of “the same thing.”  They are a force to be reckoned with; with all the power of classic cars, forward rolls, love, art, loss, faith, and life behind them, thrusting them into the future.  Honoring tradition through innovation.  For Redline, they are the same thing.