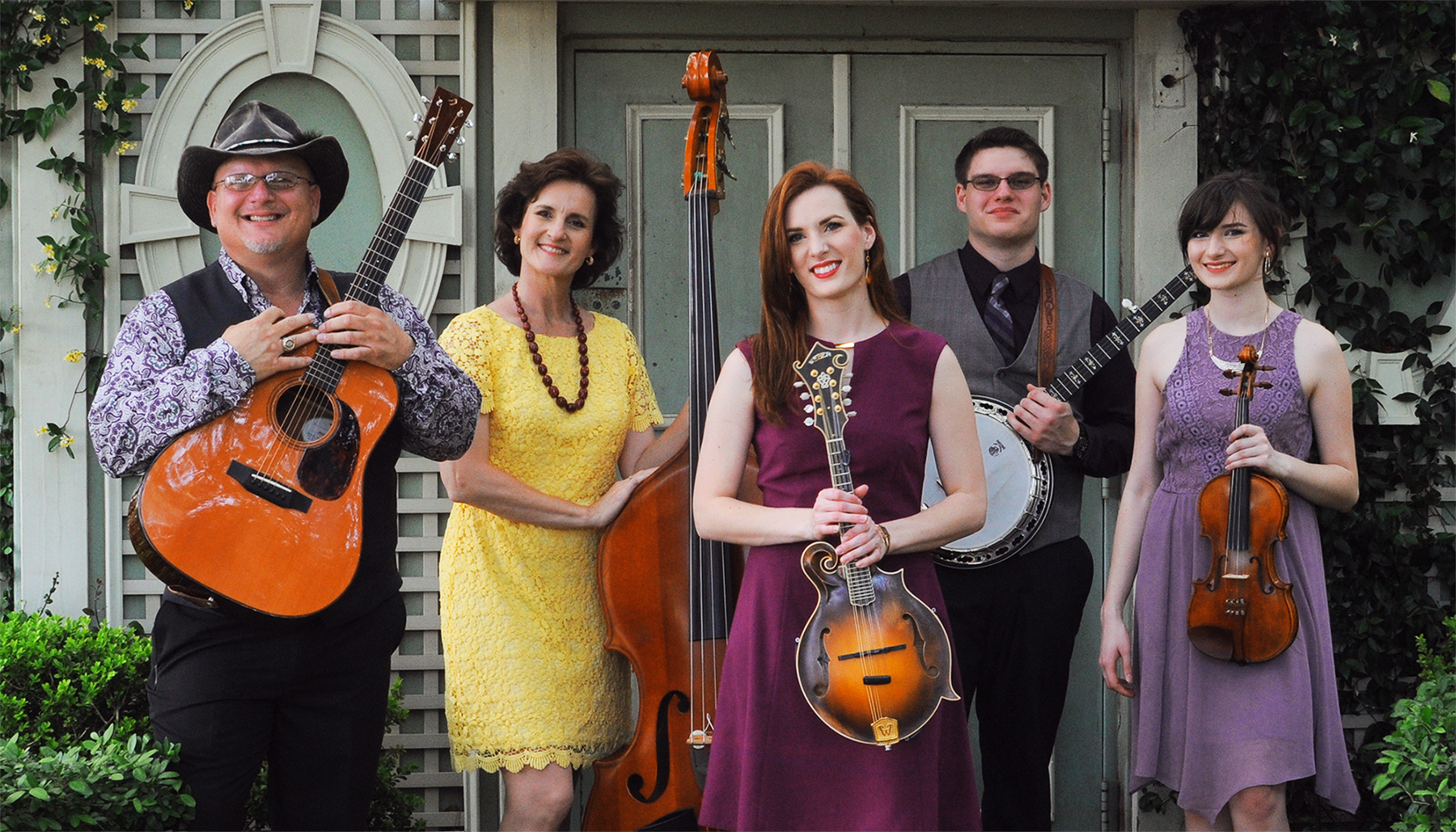 Originally known as the Harris Family, Trinity River Band is made up of Dad Michael (Guitar, Vocals), Mom Lisa (Bass, Vocals), Daughter Sarah (Mandolin, Lead Vocals), Son Joshua (Banjo, Dobro, Vocals), and Daughter Brianna (Fiddle, Vocals). They trace their beginning to their first public performance together in their home church in May 2007 in the pine forests of northeast Florida.

Ultimately in 2011, after a traditional Harris family meeting around the dinner table combined with much prayer, the band felt God’s calling to pursue a full-time music career performing both gospel and secular music, wherever He led them. They made the special promise to themselves and the Lord that they would strive to be the same people no matter where they were, in church or on a festival stage, that they would not hide their light under a basket.

It seems the correct decision was made that night!  Trinity River Band will celebrate their 10th Anniversary in 2017 as the most successful, all- in-one-family bluegrass band of the last 6 years!  Their last three studio albums have been met with critical acclaim and practical success, with 11 songs out of 34 from the three albums reaching the respected Bluegrass Today Top 20 Charts for a total of a mind-blowing 60 weeks!

Nominations and Awards have followed the successful recordings and performances as well. Sarah Harris is not only the lead singer, but also the “Lead Award Getter” for the band as she has become known for an incredible voice (described as “angelic” by the Multi-Grammy Award-Winning Artist and Producer, Carl Jackson).  As well as being a two-time IBMA Momentum Award Nominee for Vocalist of the Year, she was officially inducted into the “Daughters of Bluegrass” in 2015, one of the last two inductees personally approved by the late Miss Dixie Hall.

Trinity River Band is not content to rest on their laurels just yet however, and are looking forward to an exciting and eventful 2017 as their schedule will be taking them all over the country for their summer tour. This means they don’t spend much time at home in Florida, but as they say, “That’s just the things we do for dreams!”